Within its global IP Transit network, Hurricane Electric is connected to more than 100 major exchange points, and exchanges traffic directly with more than 4,000 different networks.

Employing a resilient fiber-optic topology, Hurricane Electric has no less than four redundant paths crossing North America, two separate paths between the U.S. and Europe, and rings in Europe and Asia.

CTG3 is the TSX master agent for Hurricane Electric.

Avant is the Alliance master agent for Hurricane Electric.

[November 29, 2016] Hurricane Electric has adjusted some pricing, with one very significant change:

Pricing in Tokyo, Hong Kong, and Singapore has been reduced to the same as our non-promo rates for Europe and most North American cities:

Pricing is unchanged for other Asia locations, and for Sao Paulo and Honolulu.

At most locations, Layer 2 Transport pricing has also been reduced (by $100/month, for intracontinental). Layer 2 rates to Tokyo, Hong Kong, and Singapore are now the same as our rates for Europe and most North American cities.

We've also added a new Fremont colocation option: a non-shared cabinet special for $300/month including 1Gbps and up to 10U space plus up to 5 amps power (120 volt).

These changes are not yet reflected in the Channel Portal. 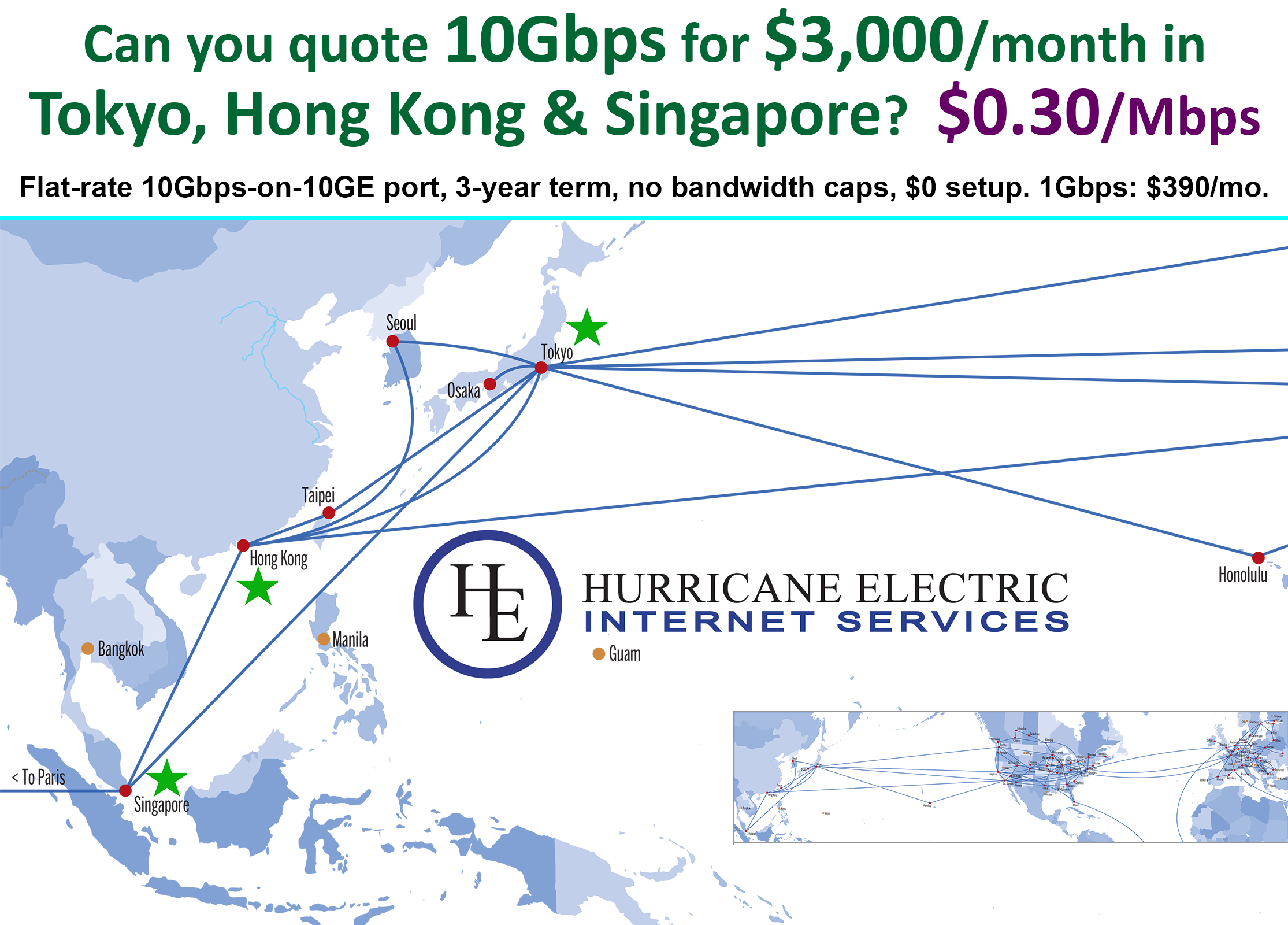 
This is a private site.

Enter the email address that you signed up with and we will email you a password reset link.

Your session is about to expire.